In this short piece we examine what makes Ali more deserving of the caliphate than those that had preceded him to power. Instead of providing our own subjective analysis, like that which we find in other sites, we will provide Ali’s own justification from Nahjul Balagha.

When asked as to how dominance over him was achieved in the matter of the caliphate, he said in Sermon #160: 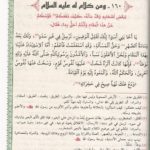 “As regards the dominance over us in this station (of caliphate) although we were the loftiest in lineage and the strongest in relationship with the Messenger of Allah, it was an act of appropriation by some who became greedy for it, while others relinquished it through their generosity. The Arbiter is Allah and to Him is the return on the Day of Judgement.”

However, since he did not mention anything about an appointment, while complaining of the injustice that befell him, we come to the conclusion that his lineage and the strength of his relationship with the Prophet – peace be upon him – are his main reasons for why he deserves to be the caliph.