In the name of Allah the Most Gracious and Most Merciful, 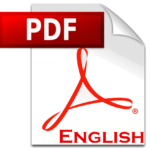 The question regarding the Nahjul Balagha and its authenticity has been one that has echoed across the centuries; for it is a book that was compiled in the year 400 AH that does not include chains of narrators or sources. This reality is what caused problems for those that held onto this book. The Shias remained in a state of confusion until contemporary times where Al-Sayyed Abdul-Zahra’ Al-Khateeb wrote his Masadir Nahjul Balagha wa Asaneeduhu (The Sources and Chains of Nahjul Balagha) and gathered the evidences to create a foundation for Nahjul Balagha, one that would stand against the objections of doubters. The Shias were pleased with his conclusions and none of them raised a pen in criticism of his work. It is with this that we found it as an obligation for us to serve the Commander of the Faithful – may Allah be pleased with him – , for the lies that have been attributed to him have truly grown in number. We studied the chains and the sources that Al-Sayyed Abdul-Zahra’ provided using the methodology of the Shia hadith criticism and we have provided the gradings based upon their criteria. Those interested in the details of that study can refer to our website.

In order to further compliment our research, we decided to compile whatever remained from the original work as a separate piece in a PDF format. This compilation focuses solely on providing the authentic sections of the sermons, letters, and sayings, without the additions of Al-Shareef Al-Radhi. To be clear, all weak and unreliable sermons, letters, and sayings, were discarded from this authentic compilation. We would sometimes point out key differences in the text from what we have found in the original sources, so whoever wishes to rely on the most accurate wordings should return to the sources that we have referred to in the footnotes.

(90) He said – peace be onto him – : “A person of knowledge is one who does cause the people to give up in the mercy of Allah, to not lose hope in the breeze that Allah sends, and yet, keeps them cautious from the punishment of Allah.”[3]

(271) It is narrated that two men were brought to him that stole money. One was a slave that was purchased from the money of the public, while and the other was purchased by one from among the people.  He – peace be onto him said – : “This man is from the public’s property and no had is upon him, it is as if the public property consumed itself. While this other is to face a harsh hadd.”

(302) He said – peace be onto him – : “One that faces affliction is not more in need of supplication than one who is not afflicted is susceptible to it.”[5]

(365) He said – peace be onto him – : “The mind is a clear mirror, experience is a warner, and it is sufficient for yourself to hate for other what you would hate for yourself.”[6]