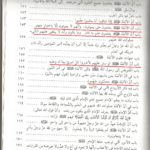 One of the biggest issues that Sunnis have with Shias is their belief regarding their Imams concerning hidden knowledge. By simply going through Al-Kafi we find chapters that suggest that the Imams had knowledge of Ghayb and that they know when they will die. This extremeness in Shiasm is due to such narrations. However, when we look into Nahul-Balagha, we find a very human Ali that clearly had no super-human knowledge.

The historical evidence that supports this can be found in Sermon #31 where Ali sends Ibn Abbas to the army of Basra, he advises Ibn Abbas, “Don’t meet Talha, for he is like a bull that had readied its horns. He rides the wild (mounts) while claiming that they are docile. However, meet Al-Zubair, for he is easy-going.”

Note: Shias reading this will probably argue that Ali was doing this in order to establish the proof upon them. However, we only find Ali attempting to reconcile through Al-Zubair. This is proof that he was sincerely seeking reconciliation, but was not able to reach that goal. If he had knowledge of the inevitability of the tragedy of Al-Jamal, he would not have even attempted to send Ibn Abbas to Al-Zubair in the first place.

In a very clear Letter #47 (286) Ali tells Al-Hasan and Al-Hussain after he is stabbed by Ibn Muljam, “If I die from this strike, then strike him with one strike, and do not disfigure him.”

These words imply that he was not sure if he was going to die from the wound or not. This firmly contradicts Shia ideology regarding the knowledge of Ali. 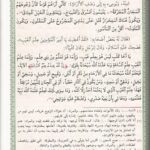 It should be noted that the Prophet – peace be upon him – had to supplicate for Ali to memorize and understand matters of future events that he taught him. This too contradicts Shia ideologies that suggest that the Imams cannot forget.

Ali’s knowledge is not super-human. His knowledge was limited to what he was taught by the Prophet – peace be upon him – who did not teach him about all the matters of the future. This is clear observed in his own words above.