Most Shias are unaware that Nahjul Balagha contains explicit praise for the companions of the Prophet – peace be upon him – . Below, we shall list a few of these examples and we shall be providing some more in separate articles throughout the week. 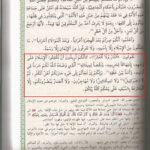 “If you seek other than Him, the people of disbelief will wage war with you, and neither Jibreel, nor Mika’eel, nor the Muhajireen, nor the Ansar will bring you victory. Instead you will be left with the clashing of swords until Allah judges between you.”

Commentary: Ali places the Muhajireen and Ansar in the side of the grandest angels, Jibreel and Mika’eel. 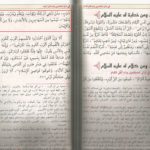 “Rude, low people and mean slaves. They have been collected from all sides and picked up from every pack. They need to be taught the tenets, disciplined, instructed, trained, supervised and led by the hand. They are neither Muhajireen nor Ansar nor those who made their dwellings in the abode (in Medina) and in belief.”

Commentary: The above words are directed at the people of Al-Sham. Ali rebuked them and criticized them while using the fact that they weren’t from the Muhajireen nor Ansar as proof that they are upon falsehood. 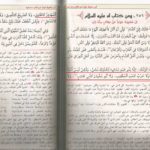 “You said: ‘We are the descendants of Abd Manaf,’ and we are his descendants as well, but Umayyah is not like Hashim, nor is Abu Sufyan like Abu Talib, nor is the Muhajir like the taleeq.”

Commentary: In response to a letter by Mu’awiyah, Ali praises himself by describing himself as a Muhajir and by pointing out that Mu’awiyah is a taleeq. A taleeq is singular for the word tulaqa’ and they are those that were “set free” after the conquest of Makkah. In other words, Ali takes pride in himself being one of the Muhajireen.

“By Allah, they nurtured Islam with their generous hands and eloquent tongues as a year old calf is nurtured.”

Commentary: Al-Shareef Al-Radhi commented that the above was said in praise of the Ansar.

Ali bin Abi Talib had the utmost respect and admiration for the Muhajireen and Ansar. Please refer to our Saheeh Nahjul Balagha PDF for more evidence of praise for the Sahaba.