However, is this what is taught in Nahjul Balagha? The following, which is narrated by Al-Baqir, can be found in the form of Saying #88: 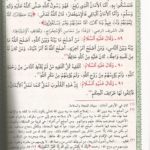 “There are two sources of deliverance from the Allah’s punishment, one of which has been raised up, while the other is before you. You should therefore adhere to it. The source of deliverance which has been raised up is the Messenger of Allah (may He bless him and his descendants), while the source of deliverance that remains is the seeking of forgiveness. Allah, the Glorified, has said: And Allah is not to chastise them while you are among them, nor is Allah to chastise them while yet they seek forgiveness. (Qur’an, 8:33)”

These words of wisdom clearly show that the punishment of Allah – glory be to Him – can occur even with the presence of the so-called “divinely appointed” Imams. However, it is our seeking refuge in Allah is what prevents His swift punishment from occurring.