We often hear from Shias that Omar was a Qur’an only Muslim that proclaimed that “the Qur’an is enough for us.” The topic of Raziyyat Al-Khamees / Hadith Al-Qirtas has been covered quite extensively by Sunnis on other websites and videos. So instead, we will be presenting out simple evidences to show that Omar was a staunch Sunnah follower, as opposed to the Shia version of Ali bin Abi Talib.

Ali’s Negligence of the Sunnah 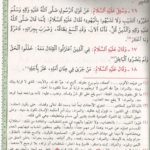 In Nahjul Balagha Saying #16, when Ali was asked about the Prophet’s – peace be upon him – sunnah of “changing the color of grey hairs and to be different from the Jews,” Ali replied, “This was said by him – peace be upon him and his household – when the religion was made upon of a small number of people, as for now, since it has widened and settled, one is free to choose as he wishes.”

In the quote provided, we find Ali providing his logical reasoning as to why the sunnah no longer applies.

Omar’s Adherence to the Sunnah

Omar was known to place the Hadith of the Prophet – peace be upon him – ahead of his personal judgment. He said (Saheeh Al-Bukhari #1502) to the black stone in the Ka’aba, “By Allah if I did not see the Messenger of Allah – peace be upon him – kiss you, then I would not have kissed you.” He then kissed it.

Omar also said (#1502), “Why do we jog (between Al-Safa and Al-Marwa during the pilgrimage)? We did that to show off in front of the disbelievers, but Allah has destroyed them,” He said, “It is something that the Prophet – peace be upon him – did, and we do not like to leave what he did.”

Allahu akbar! May Allah be pleased with Ameer Al-Mu’mineen Omar bin Al-Khattab, and may Allah reward him for his upholding of the sunnah until the Day of Judgment!

Our Shias friends need to realize that we do not truly hold the view that Ali was negligent of the sunnah. We accept his understanding and his ijtihad. However, this is a taste of the own medicine of those that would take a single statement out of the context of Omar’s entire life in order to condemn him.