It is well known among both Sunnis and Shias that Ali has been an advisor to Omar bin Al-Khattab during his reign as the caliph of the Islamic Empire. However, the advice that Ali provides Omar in Nahjul Balagha truly gives us an in-depth understanding of the relationship between the two men.

Below are two instances in which Omar consulted Ali for advice: 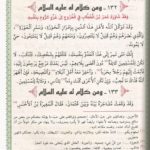 In the above image, Ali’s answer to Omar’s consultation in regards to whether or not he should personally engage in warfare with the Romans for Palestine. In response, Ali says, “If a tragedy was to befall you, the Muslims would have no place of refuge except for the farthest of their lands.” In other words, Ali held the belief that Madinah itself would fall if Omar was to be killed in battle. He then comments that if the Muslims were to suffer a loss without Omar’s engagement that Omar will still be an “aider and supporter of the Muslims.”

Omar heeds the advice of Ali and avoids warfare.

We can learn from the text that Ali saw that Omar was a protection for the Muslims. If Ali believed that he was the righteous caliph, then he would have supported Omar and told him to head onwards into Palestine to rally the troops. Instead, his advice protected Omar himself, and allowed Omar to continue his rule of the Islamic Empire. 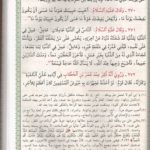 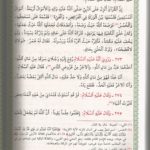 During the time of Omar, it was suggested by a group of Muslims that he should sell the jewels that decorate the Ka’aba in order to fully equip his army. Omar decided to consult Ali, who advised him to avoid doing so since the Prophet – peace be upon him – never used the jewels that adorned the Ka’aba for any type of funding. Omar, again, heeds the advice of Ali and places the tradition of the Prophet – peace be upon him – over his military ambitions.

This sermon is a thorn in the eye of those that claim that Omar was a Qur’anist that did not hold onto the Sunnah.

There are no traces of bitterness in the words of Ali bin Abi Talib to Omar, the man who allegedly killed his spouse and unborn child. Moreover, his advice leads to the protection of Omar himself. Omar is happy to have Ali as his advisor and counselor and expresses his gratitude by saying, “If it were not for you, we would have been exposed.”

Do these two great men seem to be foes that were hell-bent on each other’s destruction? We pray that level-minded Shias re-examine their positions on Omar by rejecting the “legend” of the broken rib and their fallacious history of enmity between the two.