If one was to ask the average Shia about the status of the army of Mu’awiyah, it would not be unexpected to hear them say that they were the worst of the creation. It would be surprising if one of them were to refrain from declaring them disbelievers. To many, they are worse than the spawns of Satan.

However, when we return to Nahjul Balagha, we find statements by Ali bin Abi Talib that display a much more compassionate attitude towards them. At the end of the day, it is only natural that he would show compassion to those that he regarded as Muslims.

The Position of Ali 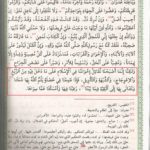 He said in Sermon #120, “We now had to fight our brethren in Islam because of entry of misguidance, crookedness, doubts and (wrong) interpretation into it. However, if we find any way by which Allah may collect us together in our disorder and by which we may come near each other in whatever common remains between us, we would accept it and would give up everything else.” 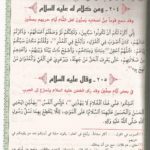 Most important, we find gentle words from the Commander of the Believers in Sermon #204, where he says, “I dislike you being abusers, but if you describe their deeds and recount their status that would be a better mode of speaking and a more convincing way of arguing. Instead of abusing them you should say, ‘O Allah! Save our blood and their blood, produce reconciliation between us and them, and lead them out of their misguidance so that he who is ignorant of the truth may know it, and he who inclines towards rebellion and revolt may turn away from it.’”

From the sermons above, we can learn from Ali bin Abi Talib that it is incorrect to curse and abuse our enemies. We should also aim for reconciliation, for Muslims are our brethren at the end of the day, no matter how large our disagreements are. We call Shias to hold onto the teachings of Ali and cast their hatred away, instead of bearing a grudge over events that occurred a thousand and four hundred years ago.