It is a common misconception by Shias that the Imams were perfect judges of character. We find in Nahjul Balagha (#244) itself, in Ali bin Abi Talib’s letter to Al-Ash’ath bin Qais, evidence that he had placed his trust in Al-Ash’ath as the ruler of Azerbaijan.

Ali writes to him: 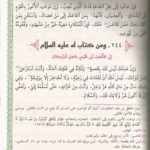 Your position is is not a morsel, but it is a trust upon you. Above you is he who is an authority over you, so do not trespass on those that you have an authority over, and do not take risks (with what you have been entrusted) without sureness. For between your hands is wealth from among the sustenance of Allah – azza wa jal – and you are one of its keepers until you hand it over to me, may I not be the worst of your rulers.

Yet, after the battle of Siffeen, Ali’s opinion of Al-Ash’ath changed. During one of Ali’s speeches, Al-Ash’ath faulted Ali. He said: “O’ Commander of the Believers, this is an argument against you, not for you.”

Ali looked down towards him then said: 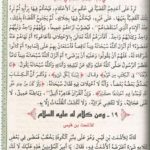 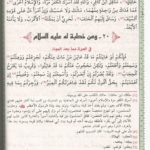 And what do you know of what is for me and what is against me, may Allah curse you and may all those that curse curse you. O’ weaver, O’ son of a weaver! O’ hypocrite, O’ son of a disbeliever! By Allah, you were a prisoner of war as a disbeliever and a believer, are you weren’t let free due to either your wealth nor your status. It is for a man that pointed to his own people with a sword and led them to their demise to be hated by those close to him and to be distrusted by those from afar.

Al-Tusi comments in his Rijal (p. 57) that Al-Ash’ath became an accursed Kharijite in the end.

Note: This report can also be found in an earlier source, Abu Faraj Al-Asbahani’s Al-Aghani 21/5, and it contains an addition that cannot be found in Nahjul Balagha. Upon the pulpit, Ali refutes the claims of those that stated that he had exclusive knowledge from the Prophet – peace be upon him – . It is due to this that Al-Ash’ath causes an outburst and faults Ali.

Lessons to be learned: