In a previous article about Al-Ash’ath bin Qais and his relationship with Ali bin Abi Talib we came to the conclusion that Ali a made mistakes in judgment in choosing a representative, thus, nullifying his infallibility. This is evident since Al-Ash’ath, who is Ali’s representative in Azerbaijan, leaves him and joins the Khawarij. In order to further emphasize on this point, we have provided a list of the names of the representatives of Ali that appear in Nahjul Balagha and how they betrayed Ali by either joining forces with Mu’awiyah or by simply leaving him completely.

These betrayals from those that were appointed by Ali on the cities and regions lead to two conclusions. The first and most obvious conclusion is that Ali made strategic mistakes in his choices and should have chosen others that were more reliable or loyal to his cause.

Shias, on the other hand, when overwhelmed with these reports, seek to find another explanation, since these are apparent mistakes that imply that Ali, like all men, can fall into errors of judgment. With this in mind, Shias conclude that Ali must have been testing his representatives, even though he knew that they would eventually betray him.

In response, we would like to point out that there is absolutely no consistency in the actions of Ali. At times, Ali would keep the rulers that ruled during the time of Uthman. Some other rulers were replaced as soon as Ali took power, with him giving them a chance to fall into error in the first place. We also find instances in which Ali would switch one of his own representatives with another without the first betraying him. These are all typical actions that are executed by those in political power.

One would imagine that an infallible Imam with unseen knowledge would pick the absolute best leaders to rule over his land to secure his land and bring prosperity to his people. However, according to this Shia interpretation, Ali was more interested in testing his subjects, who eventually failed, and brought his followers ruin, and gradually bringing an end to the very short lived “Imami Caliphate.” 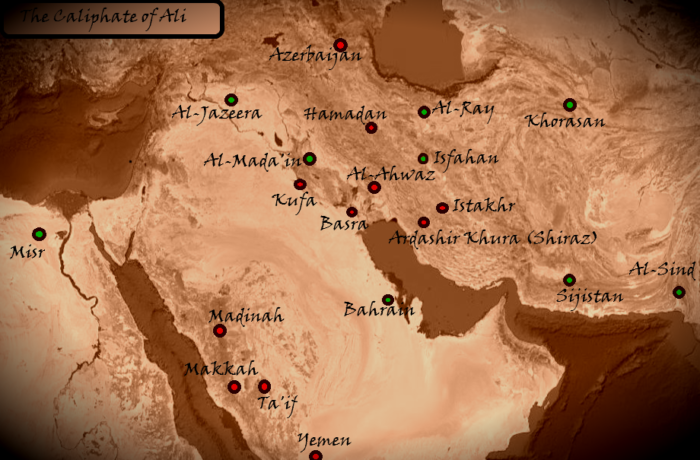 Below, we provided a list of the names of the representatives that either left Ali’s ranks or flat out betrayed him. As we will see, these representatives were in charge of the most important cities like, Madinah, Makkah, Al-Ta’if, Kufa, Basra, Yemen, Shiraz, Azerbaijan, Hamadan, and Istakhr. Without further ado, the list:

The examples, as we can see are numerous. Note that we did not look into other representatives of Ali in other regions, but we only stuck to the ones that were included in Nahjul Balagha, so there is a possibility of more content to be found. Also be aware that some of the above did not leave betray Ali during his caliphate, but only did so after he passed away, regardless, this is understood as a betrayal by Imami Twelvers.

The lesson to be learned is that Ali was not infallible, but rather, he is open to error when it came to errors in judgment. The excuses that Shia give to reconcile between the betrayals and his alleged infallibility are not convincing. We ask Shia readers to push their biases aside and accept these facts, may Allah – the most praiseworthy – open their eyes to truth and guide them.