Taqiyyah, or dissimulation, is the act of hiding one’s own belief for the sake of protection. Muslims are in agreement that taqiyyah is permissible when one’s life is under threat; however, the Shias hold the view that it can be practiced at all times.  When going through Shia books of jurisprudence we find major scholars, like Al-Tusi, suggesting that Ali practiced taqiyyah with his followers.

In other words, when Ali is asked about a specific religious ruling, Shias hold the belief that he would answer in a way that contradicts his true beliefs. Instead, he would provide an answer that appealed to the person that is asking. The justification behind this is that Shia scholars are suggesting that Ali wanted to appease those that asked him questions and to make it seem that his opinions fitted in with Abu Bakr and Omar.

Whenever conflicting narrations are attributed to Ali, Shias claim that these narrations are in conflict due to taqiyyah, and that Ali and his progeny purposefully contradicted themselves in order to conceal their views.

Sunnis believe that the suggestion is ridiculous, for Ali was too brave of a man for him to hide his beliefs, especially when it came to presenting religious rulings.

Examples of Taqiyyah as per Shia Scholars

Both reports are authentic according to Shia hadith scholars and were explained away as examples of taqiyyah by Ali bin Abi Talib by Shaikh Al-Ta’ifa Al-Tusi, who is perhaps the greatest Shia scholar of all time.

Condemnation of Taqiyyah in Nahjul Balagha

By returning to Nahjul Balagha, we can find specific quotes from Ali in which he condemns taqiyyah. Below, we will share some of these so that we can understand what kind of a person Ali bin Abi Talib was.

“When a problem is put before anyone of them he passes judgement on it from his imagination. When exactly the same problem is placed before another of them he passes an opposite verdict. Then these judges go to the chief who had appointed them and he confirms all the verdicts, although their Allah is One, their Prophet is one, their Book is one! Is it that Allah ordered them to differ and they obeyed Him? Or He prohibited them from it but they disobeyed Him? Or Allah sent an incomplete Faith and sought their help to complete it? Or they are His partners in the affairs, so that it is their share of duty to pronounce and He has to agree? Or is it that Allah the Glorified sent a perfect faith but the Prophet fell short of conveying it and handing it over? The fact is that Allah the Glorified says: We have not neglected anything in the Book (Qur’an) . . . (6:38).”

Commentary: The powerful quote by Ali is a condemnation not only for those that differ due to their ignorance in religious matters, but also is a harsh rebuttal against those that say that he and his progeny practiced taqiyyah. If he was someone that practiced taqiyyah, then he too would fall under the category of those that he is criticizing, for Allah – glory be to Him – did not reveal the religion for the people to go astray with differences of opinion, let alone for Ali himself to be a cause of such differences of opinions. 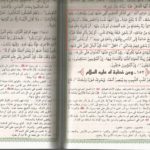 In Sermon #151, he says. “One of the firm decisions of Allah in the Wise Reminder (Qur’an) upon which He bestows reward or gives punishment, and through which He likes or dislikes is that it will not benefit a man, even though he exerts himself and acts sincerely if he leaves this world to meet Allah with one of these acts without repenting, namely that he believed in a partner with Allah during his obligatory worship, or appeased his own anger by killing an individual, or spoke about acts committed by others, or sought fulfillment of his needs from people by introducing an innovation in his religion, or met people with a double face, or moved among them with a double tongue.”

Commentary: The above shows that Ali believed that the act of being two-faced, in which taqiyyah is a perfect example of, is extremely condemned in Islam, and he mentions it in the same level of the greatest of sins, like polytheism, murder, and the creation of an innovation.

Finally, we find in Letter #54 (293) that Ali rebukes Talha and Al-Zubair for pulling away from their pledge of allegiance. When they claimed that they pulled out since they felt forced, he responded by saying, “You are not the most rightful from the Muhajireen to be performing taqiyyah.”

The Shia commentator, Ali Dikheel, states that this means that the excuse of taqiyyah by Talha and Al-Zubair is not acceptable since both men held power and were of high status.

We comment that the same can be said about Ali bin Abi Talib, who was the head of Bani Hashim. It is not conceivable that he would be so petty to perform taqiyyah, especially when he was in such a high position and rank.