Ali bin Abi Talib sent the following Letter #53 (291) to the commanders of the regions under his rule. 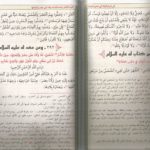 In a more casual address to his companions, he said in Sermon #197:

“Pledge yourself with prayer and remain steady on it; offer prayer as much as possible and seek nearness (of Allah) through it, because it is, (imposed) upon the believers as (a) timed ordinance. Have you not heard the reply of the people of Hell when they were asked: ‘What hath brought you into the hell? They shall say: We were not of those who offered the regular prayers (to Allah)!’ (74:42-43). Certainly, prayer drops out sins like the dropping of leaves, and removes them as ropes are removed from the necks of cattle. The Messenger of Allah – peace be upon him and his household – likened it to a hot bath situated at the door of a person who bathes in it five times a day. Will then any dirt remain on him?”

We call our brethren from the Shia communities to practice the prayers and join us in worship in our congregations five times a day, upon the teachings of the Prophet – peace be upon him – , as affirmed by Ali bin Abi Talib.