In another article, we had provided evidences of statements that have been uttered by others and were incorrectly attributed to Ali bin Abi Talib. However, the following modern day example is one that has exceeded all expectations, since it is a poem that is quoted by Ali, and yet, it is attributed to him by the Shias of today.

In Ali’s letter #36 to his brother Aqeel, he writes: 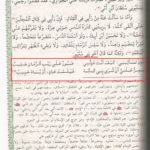 “Surely, do not consider the son of your father as being weak or afraid, even though all people have forsaken him, or bowing down submissively before injustice or handing over his reins into the hand of the puller, or allowing his back to be used by the rider to sit upon. But he is as the man of Banu Sulaym has said:

If you enquire how I am, then listen that I am enduring and strong against the vicissitudes of time.

I do not allow myself to be grieved lest the foe feels joyful and the friend feels sorry.”

Ali cannot be any clearer. He is quoting a man from the people of Sulaym.

Ibn Abi Al-Hadeed 4/448 and Ibn Maytham Al-Bahrani p. 863 in their commentaries of Nahjul Balagha, are in agreement that these lines of poetry are attributed to Al-Abbas bin Mirdas Al-Sulami. Ibn Mirdas is a mukhadhram poet, one that had lived in the time of Jahiliyyah and Islam.

Ironically, even though Ali bin Abi Talib is very explicit that this poem is not by him, we find Shias insisting that it is by him! Below we have provided some examples of this misattribution that we have stumbled upon online. This does not include the large number of threads on message boards that promote this misattribution.

Readers need to be aware that this absurd misattribution occurred even when Ali is clearly quoting someone else. He is implicitly denying that he is the origin of the quote. With this in mind, the sheer number of other misattributions must surely be staggering. 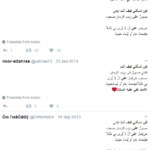 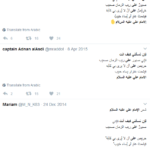 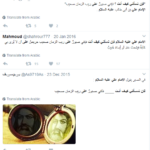