The actions of Ali bin Abi Talib during the caliphate of Uthman are clear evidences that he was not one that believed that he was divinely appointed. During the last few months of Uthman, his unpopularity grew and he was suddenly surrounded by those that wanted him overthrown or killed. According to Shia thought, Uthman is an usurper of the caliphate, which rightly belonged to Ali. However, the following statements of Ali will provide us with a different perspective.

He says to Mu’awiyah in Letter #6 (245), “If you were to observe with your mind, instead of your desires, you would realize that I am the most innocent from the blood of Uthman.”

Ali says in Sermon #238 to Ibn Abbas describing the last days of Uthman, “By Allah, I protected him (Uthman) until I feared that I was sinning.” 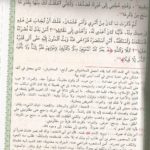 He also said to Mu’awiyah in Letter #28 (267), “Then you have recalled my position vis-a- vis Uthman, and in this matter an answer is due to you because of your kinship with him. So, which of us was more inimical towards Uthman and who did more to bring about his killing? Was it he who offered him his support but he made him sit down and stopped him? Or he who was he called for help but who turned his face from him and drew his death near him until his fate over took him?”

Furthermore, when asked about why he does not avenge Uthman, replied in Sermon #166,  “O’ brothers, I am not ignorant of what you say. However, how can I accomplish this when those who assaulted are in the height of their power? They are dominant over us, not we over them. They are now in the position that even your slaves have risen with them and Bedouin Arabs too have joined them. They are now among you and are harming you as they like. Do you see any way to be able to do what you aim at?!”

The four quotes by Ali are very clear in that not only was he innocent of the blood of Uthman, but that he went out of his way to protect his life, even when Uthman was extremely unpopular and was going to be removed from his position of power.

If Uthman was an usurper of the caliphate and an unjust leader, would Ali’s action be justified or would he be a supporter of tyranny? Truly, Ali would have not acted in such a fashion if he was a divinely appointed Imam.

We come to the conclusion that Uthman was a just caliph and that Ali was never divinely appointed.