We find in a couple of places in Nahjul Balagha quotes that legitimize the rule of fallible caliphs. 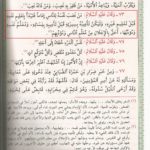 Much can be extracted from the above words of Ali to future caliphs. Most importantly, he is of the opinion that they should be looked at with high regard if they were the type that disciplined themselves. Such words legitimize fallible caliphs, since if he believed them to be usurpers of the Imamate, he would have not said that they deserve any esteem.

It is also very clear that he is not referring to the other eleven Imams, since the infallible Imams do not need to teach or discipline themselves in the first place. 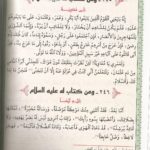 Moreover, in a famous letter #6 (245) to Mu’awiyah, he wrote, “Verily, those who swore allegiance to Abu Bakr, Omar, and Uthman have sworn allegiance to me on the same basis on which they swore allegiance to them. Thus, who was present has no choice (to consider), and he who was absent has no right to reject; and consultation is confined to the Muhajiroon and the Ansar. If they agree on an individual and take him to be Caliph it will be deemed to mean Allah’s satisfaction.”